(This article is aimed to open up discussion, not suggesting NDA’s should be scrapped)

As someone who works for a lot of start-ups, entrepreneurs and small business I’ve noticed an increase in clients asking me to sign Non-Disclosure Agreements (NDAs). It’s become almost par for the course that if I’m working on an interesting project I will have to agree to keep the work I’m doing a secret.

For those who aren’t familiar with the term NDAs, also known as confidentiality agreements, are a legal contract used to protect any information or material that one party shares with another be it trade secrets or intellectual property. Whilst I understand that the NDA is  a necessary step for firms looking to safeguard what they do, I’m beginning to wonder if it stifles creativity? 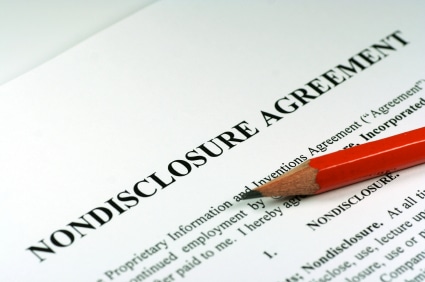 As a freelancer, I don’t always have the luxury of working in a team of creative thinkers, usually its me and my cat. (Sure, Jessica can bang out a quality logo, but she’s not too vocal with feedback!) I’m a good designer, but even the best designer needs inspiration or the occasional slap around their creative chops. Often the most innovative design comes from a collaborative process be it with the client, your peers or even the end user. Creatively, NDAs are a huge barrier to this process.

There is a plethora of online tools available for designers to gauge feedback; Dribbble, Behance and Forrst to name a few. But NDAs put a firm thumb over those options; even discussing a project with friends has to be vague to a point. This leaves you with very few options. Mainly you have to work with the clients own internal teams, which I love doing, don’t get me wrong, but their input generally isn’t design led or creative. My clients often approach design from a business perspective  and I can end up collaborating with someone who is more comfortable with their own strengths, like programming for instance. 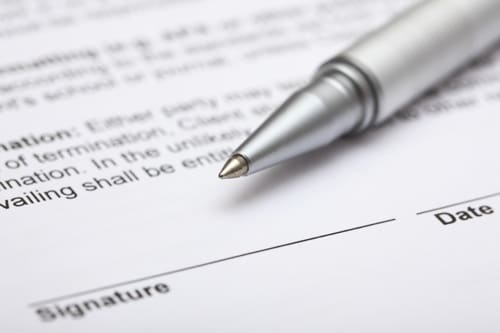 There are of course a number of very sensible reason to work with NDAs and I would never refuse to sign one. The question for the client is does the risk of sharing design outweigh the value of a more well-rounded creative process? Surely feedback has to be better than a protected but weaker end product? I don’t want to sound like I’m slating my own work; I’m a very independent designer, with over a decade in the industry and much of that as a sole trader, so I’m confident in my ability to deliver excellent UI, UX and Web designs all by myself. I just have a strong belief in the creative process, which for me definitely includes sharing your work with others for discussion. 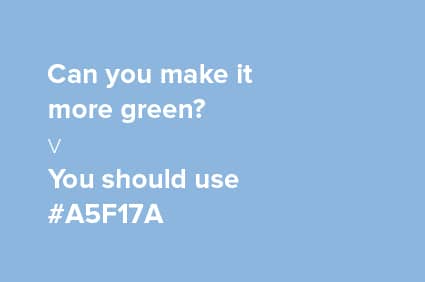 I was talking to Martin Saunders of Zammer who has the opposite view of NDA’s, he believes that ideas are cheap so unless IP is your business model you lose more by being secretive, feedback is as important as any idea. I would agree, but as someone who is working on personal projects (which I hope to announce soon) I applaud him for this mindset. I read that many investors don’t sign NDA’s as they have seen the same thing over and over again.

I hope when I’m ready to reveal my latest personal endeavour, I’ll be brave enough to share it with the world before it’s gone live. However, I can’t ignore that frightening possibility of someone bigger and better resourced than me pinching my idea and running with it. We all know how important it is to be the first mover in a market when we’ve got a new product or service to launch. I would never seek to compromise my clients competitive advantage, that would be bad business for me as well as them.

Exposing design elements to sites like Dribble may revolutionise how a project moves forward. We’ve all experienced being too close to a project to objectively question our work, but sharing what you’re working on not only prompts valuable feedback but also generates a buzz. When people positively comment on or critique your work it reinforces the relevance and uniqueness of what you do. Not only are you benefitting from collaborating with other designers but you’re also getting to promote your work. This kind of buzz is important, especially for freelance UI and UX designers working in an overcrowded market where people seem to need more apps than hot meals (I even got asked about creating an App WHILE HAVING A MEAL by the restaurant owner). 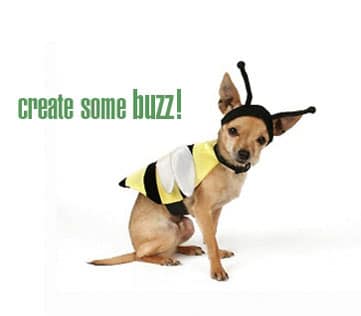 My main source of work enquiries come via my Website or Dribbble. At the moment the ever prevalent NDA is preventing me from putting any of the work I’ve done recently online. Because the projects I’ve been working on aren’t live yet it leaves a massive gap in my work. I try to fill that void with personal projects, but they don’t seem to have the same weight as designing for an established company. In fact, I would say the personal work gets nowhere near as much attention as the paid work. I’ve not been able to add any new work to my site in over six months, which to the outsider could look like I’m not working anymore, or i’ve been snapped up by some big investment bank.

Until my client’s projects go live I guess I’ll be working in privacy.

How Twitter improved me as a freelancer UI/UX design is a commonly used term now, but when I first started out designing apps, websites and ...

END_OF_DOCUMENT_TOKEN_TO_BE_REPLACED

Why InVision is Important to UI Designers

In the beginning there was darkness, and then there was InVision. InVision is increasingly becoming part of my everyday workflow. I use it a...