UI/UX design is a commonly used term now, but when I first started out designing apps, websites and software many years ago it wasn’t such a buzzword. I wasn’t even aware of it as a term when I began, so finding like minded people who did what I did was really difficult. Combine this with the usual woes of being a freelancer, and I was starting to feel a bit lonely and isolated. I did what I always do when I feel bored, lonely, hungry, or confused – I turned to Twitter.

A few years on and I’m now connected with some amazing UI/UX professionals who are an endless source of not only inspiration and knowledge, but fun and support. I thought I’d share the benefits I’ve discovered, so that any other freelancers that perhaps see Twitter as just a sales tool, or a bog-standard social media channel, can hopefully discover like minded people across the world, and more importantly avoid the big sad feels of being a solo designer.

So here it is, How Twitter improved me as a freelancer!

When I joked that my first instinct whatever the scenario is to ask Twitter, there’s a rather large grain of truth to that. Turning to social media for advice or recommendations is fairly obvious and not a new concept. But finding someone who can answer something so specific to being a freelancer or working in UI/UX isn’t always that easy. The sheer number of users on Twitter make it more likely to find someone who know’s what the heck you’re talking about, and not only will they “get you”, but they may well have been there themselves and can give you some sensible suggestions. I’ve spent a fair few years throwing questions out on Twitter, and I now have a circle of people I regularly interact with who know who I am and what I’m about. The reason I love this is because I’m not having to dive into a very technical forum of close knit users to get the answer I need, which can be a bit scary. The advice comes back in handy 140 character chunks, which means I never have that sinking TL;DR feeling.

A place to be an expert

The flip side of the first benefit is that I too can answer people’s questions, and not only do I really enjoy it, but it shows any existing or potential clients that may be following me, that I’m really passionate about solving problems. By using Twitter you can be an authority on certain subjects without butting in too much or lecturing people. Just a helpful “have you tried this?” can go so much further than a step by step blueprint answer. Sharing knowledge within a community helps to grow it from the inside out, so now that I’m three years down the line I feel like I’m a fairly authentic and approachable Twitterer. The folks that I speak with all the time can vouch for me if I reply to a connection of theirs.

Be a better freelance designer by @zer0mike – turned out to be a super awesome guest post 🙂 Thanks! http://t.co/NywUPkCgjf

This is another well covered topic but it bears repeating that just because you’re a freelance designer it doesn’t mean that you’re at your best when you work in a vacuum. You know the creative process requires feedback, tension, conversation, but how do you find people that will give you quick and relevant feedback on what you’re working on? This is a where my Twitter crew really come in to their own. I’m currently working on some branding for my new venture (more on that another day!) and its really tough to get feedback or bounce around ideas on my lonesome or with the cat. Jessicat is rubbish at contextualised feedback! By Tweeting my latest concepts I got some really great suggestions and some interesting perspectives. Remember that if you do share what you’re working on with the standard “let me know what you think” message, be prepared for all manner of replies. If you put the feedback you need into context, e.g. “do you think this colour palette is working for this type of product” it should narrow down the responses you get.

@zer0mike I love blue and yellow together.

Discovering people that I can meet IRL

I get to travel around a bit to see my clients and if I’m at a loose end I can easily fire out a quick Tweet to see if anyone is in the area of a coffee. Quite a few times I’ve ended up having really useful and interesting spontaneous meetups with people I’ve met on Twitter, during time that would have otherwise been spent trundling around an unfamiliar town or city on my own.

Referrals and other connections

Every marketing blog you’ve ever read has already taught you how and why Twitter is so important for generating leads and developing your online presence, so I’m not going to reiterate it here. What I would say, is that its not just about the straight-up work enquiry. Whilst I’ve heard about some really interesting and prosperous opportunities and projects via Twitter, its actually discovering other talented folk that has really improved my business. Finding skilled, reliable developers with the capacity to take on work is like striking oil for me, and I’ve certainly had good go-to developers referred to me via Twitter. I’m soon to be looking for other Freelance UI/UX designers, and you guessed it, Twitter will be my first place to send the call out.

I love being invited to things, heck, who doesn’t? Even if you’ve no intention of going it feels good to be thought of. Following like minded people on Twitter can lead to you tagging along to some great events, networking shindigs or conferences. I’ve also found that these things can be a little easier to handle if there is someone there that you speak with online. If you and a Twitter buddy are attending the same event, meeting up with them over the complementary refreshments can really break that awkward “who do I talk to” feeling.

Its often said that Facebook is for your friends you never hear from, and Twitter is for people you’ve never met that you speak to every day, and I certainly find that to be true from time to time. Because of the informal nature of tweeting, that random person who recommended some prototyping software to you may quickly become someone who regularly makes you laugh or checks in to see how your latest project is going. There are a few people on Twitter who I’d genuinely miss if they were to quit tweeting. Some of the coolest, funniest and wisest words I’ve received have come to me in 140 characters or less.

I seriously look forward to hearing from them, and I like to think I brighten up their day every now and them in return. 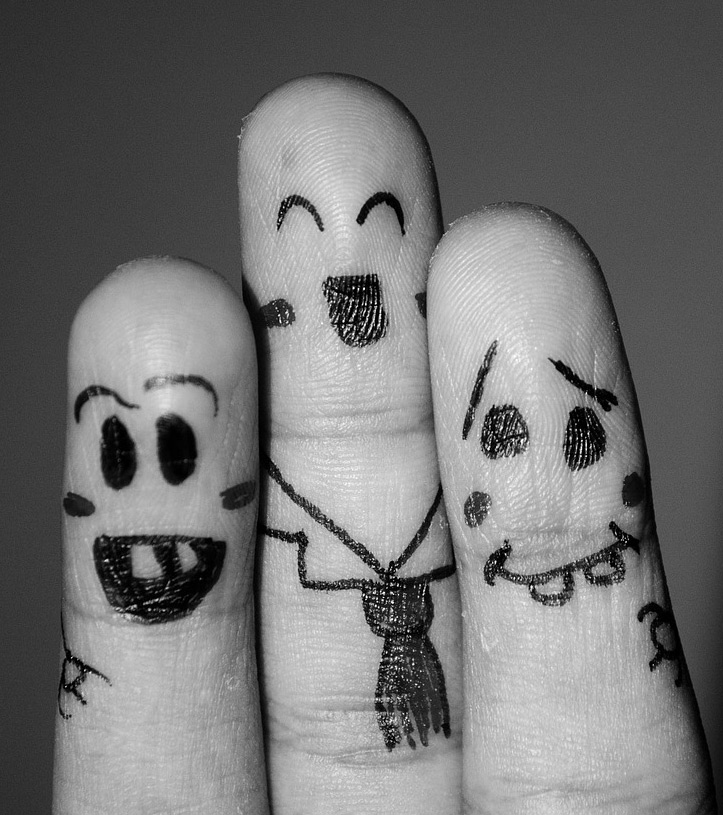 So that’s why I love Twitter as a freelancer, I’ve really got a lot out of it and will continue to tweet away my usual nonsense. I hope that people who are maybe a little miffed by how Twitter can be more than just a social networking tool will take a some inspiration, I’ve personally found it to be a bit of a lifeline. And while you’re at it why don’t you say hi to me – @Zer0Mike.

At the start of lockdown I started painting portraits and here's my story as to what's happened in the last few months....

END_OF_DOCUMENT_TOKEN_TO_BE_REPLACED

Seven ways to better manage your design leads and enquiries

Seven ways to better manage your design leads and enquiries Spring is here, and its not just the birds and animals waking up from hibernatio...