Reflecting on 10 years as a Freelancer

2008 was an awful year. I was made redundant and lost my dad within months of each other. My dad plays a huge part in why I’m a freelance designer today but we’ll jump back to that later.   Losing my job was tough as I’d fought for years to get to a decent wage, I’d started on £10k a year which was about half what our college had suggested most jobs start at. It took to 6 years to get to a wage that I was happy with and then, GONE! The business merged with another business to take on a larger project, but that business had huge hidden debt and our little studio was one of the first casualties.

One of the designs I’d create for myself.

My dad had always been self-employed, I’ve never given it much thought until writing this but yeah, I’m just like him. He started a butchering business when I was young which was doing well until the big supermarkets like Tesco’s, Sainsbury’s and Morrisons (Safeway!) became popular. One thing lead to another and as businesses do the business ran into debt, rather than fold the business like many businesses would today my mum and dad sold everything to clear their debt, including their beautiful house in Knowle, Solihull which by todays rates would be worth around half a million.

Long story short, we survived and had a lovely life. They did everything for me and my sister and can’t thank them enough for it.

While my dad was ill I was really down with my job and looming redundancy, he suggested I was talented enough to do it on my own terms and I should consider starting a business offering design services. It was only after he passed away and I was jobless that that conversation came back to me. 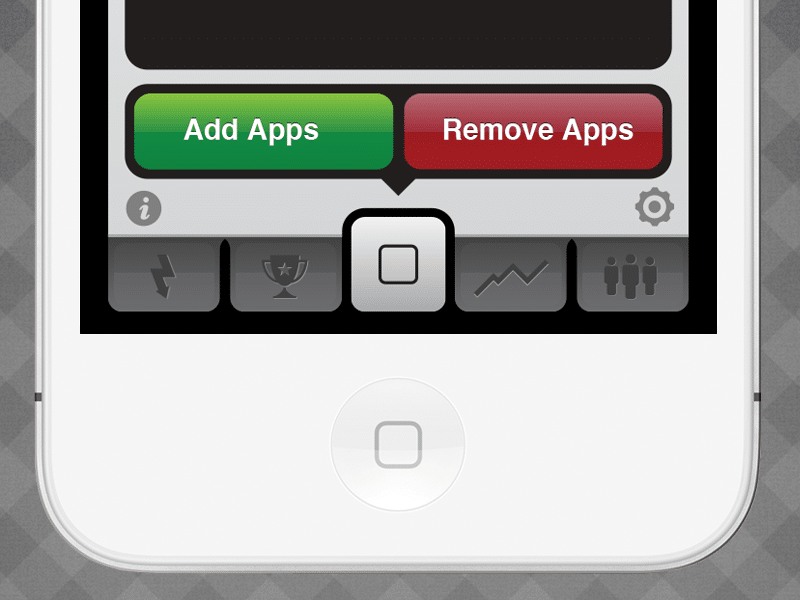 Another very early design back when iOS was all bevels!

Dave Smith, a friend and cheeky spurs fan I used to work was looking to do something new and after a few discussions we started ‘Sans Deputy Creative’ which was a independent design agency.

TIP 1: Don’t start a company with a name that people can’t spell, or even understand.

We’d hit trade shows and really beg for work, the first few years we would earn about £6k a year, it was shocking. We were fresh faced and eager to do the work, I often think if businesses took advantage of that fact and hammered down our prices. Dave soon went onto better things, landing a cool marketing role in Birmingham and with the words of my dad still ringing in my ears I decided to stick it out except dropping the Sans Deputy name and just trading as my name.

TIP 2: If you’re starting on your own, use your name, businesses will want to work with you more if you sound and act like a freelancer.

Before Dave left I’d started designing apps for my own pleasure, this is before I even knew what ‘UI Design’ was let alone ‘UX Design’. I just loved apps. I’d use them all the time and many I’d be using looked terrible so I just got creative with them. I added them to Dribbble and my website and thought nothing of it. I’d created a game called Directional which didn’t make any money but had 50,000 downloads which helped get my name out there.

Me and my cousin Roy Goode (A brilliant developer) landed our first commercial app design and build for the Swimming Training Association. We’d pitched and won. A whole new experience and we loved it. It was a long process and I learned lots about talking to customers about their app requirements and how important working closely with a client was.

This experience urged me on to add more app designs to my website and work heavily on SEO. I’d designed and created Howler, a collaborative joke writing site with friends Martin and Lee, which did well but alas, never made any money… but I just loved creating things for myself and it seemed to work. Next thing I know BOOM! Google loved me.

Tip 3: Focus on what you love doing, I stopped building websites because I was bad at it and didn’t care for it. I switched to only doing design and not looked back since.

I was quickly getting lots of enquires from all over the world. In fact at one point in the 2015/2016 period I kept a record and had over 500 enquires that year. I’m a fast worker but there was no way I could keep up and I have no desire to build an agency like we tried with SDC.

I put some of this success down to my design style. Apple had just launched a new much cleaner and white looking iOS and all my work was in the same style so the enquires flooded in.

The early days of being a freelance designer were tough. REALLY tough but once I found my stride I was beginning to love the lifestyle. I’d managed to make some amazing connections at home and in the US (shout out to Eric, Mike, Tom, Nick, Neil, Matt & Rob for believing in me and keeping me busy) and was working on some really cool project that I’m still proud of several years later. I’ve even had multiple job offers over the year which I’ve rejected as they’ve just not been right (or needed me to move somewhere cold!) 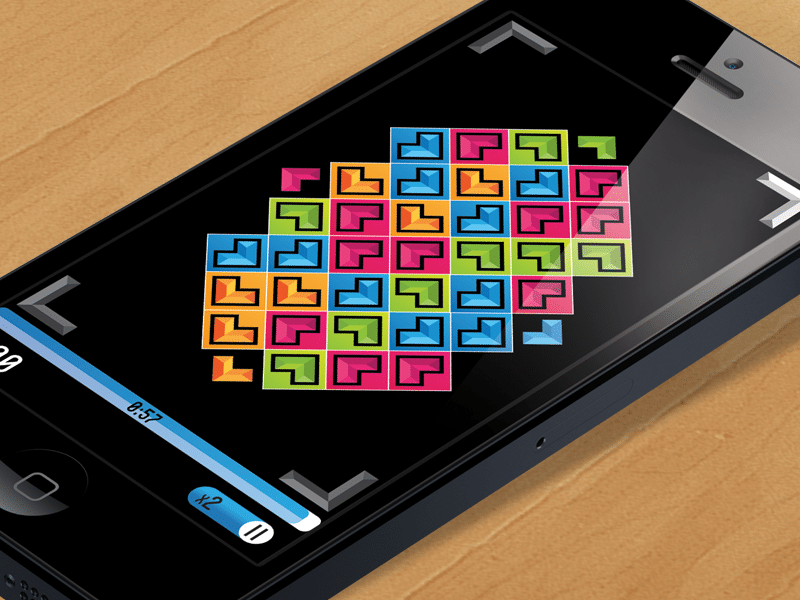 I designed and paid a developer to build this game, 50k downloads.

I found that keeping a strict routine was key to getting things done. I’d force myself to be at my desk in the mornings and built that into habit, it’s very easy to let routine slide when you work for yourself. I work best when people need things from me so I’d make sure everyone in the project was connected, communication for remote workers is mega important. Thankfully in 2018 we have amazing tools like Dropbox, Slack, Trello, InVision to make freelancers feel more connected than ever.

TIP 5: Ask ALL the questions you need answering to do your job, don’t be shy – just ask.

10 years later I’m still a freelancer, I’ve got loads of experience and doing more consultancy work than ever advising startups and tech businesses on their digital products. I’ve not done this by myself, my wonderful wife has always supported me, my mother reassures me, my close friends Lindsay, Stuart & Alex are always there to moan at. Old clients become friends and share the experience with me. Even my dog keeps me sane.

TIP 6: Freelancing can be a team game, except your team isn’t your work colleagues it’s your friends and family. Always ask for help or someone to listen. 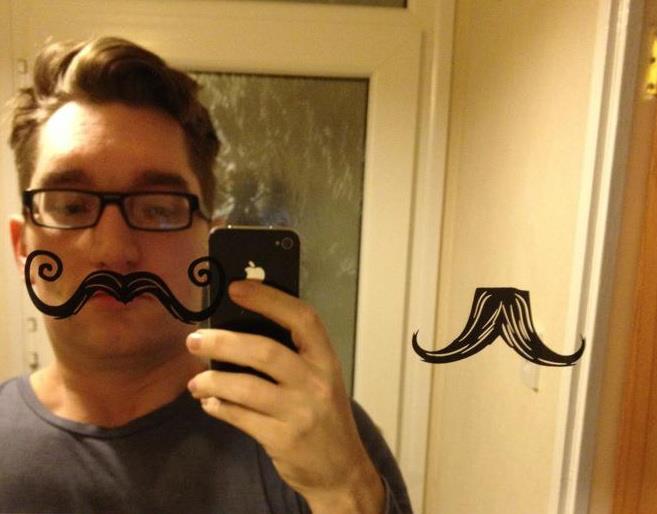 Me on one of my many home offices over the years.

Freelancing isn’t easy, there’s lot’s of negatives that I’ve not talked about (and could be a whole blog post in itself) but if you have the ability to stick out the tough years and the lifestyle suits you then freelancing is a great adventure full of twists and turns.

I’ve posted lots of the subject over the years such as ‘How Twitter made me a better freelancer’ and ‘Seven ways how to manage your design leads’.

Will I be here freelancing in another 10 years? who knows… depends if someone offers me a job I can’t refuse!

Be a better freelance designer

END_OF_DOCUMENT_TOKEN_TO_BE_REPLACED

The Freelance Business Dilemma: Do You Really Need to Chase Growth

It’s OK Not to Chase Constant Growth With Your Freelance Business All too often within business, we chase the idea of more – more wo...